Physician of Tibetan medicine, Barry Clark is a fully trained and qualified western practitioner of Tibetan medicine and the world's foremost western expert/teacher in Tibetan Medicine. Dr Barry Clark was born in England then lived and trained in the Himalayas for eighteen years in almost all the theoretical and practical aspects of the ancient Tibetan medical system, under the tuition of the great renowned Master of Medicine, Dr Yeshe Donden, who was the personal physician of His Holiness the Dalai Lama for eighteen years. 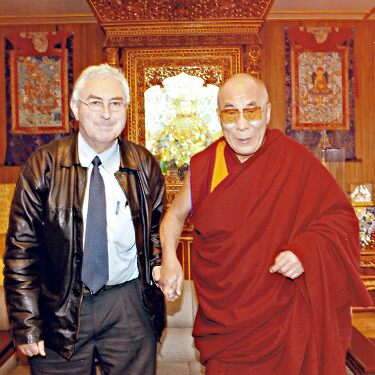 In his first seven years, he also studied with the famous Dr Pema Dorje. Throughout all these years, his theoretical training consisted of teachings on 150 of the 156 chapters of the "Four Tantras" of Tibetan Medicine, as well as a three and a half year teaching on a 460 page work on Materia Medica. He also received several years of clinical training with Dr Yeshe Donden before beginning his own independent medical practice in 1981.

In addition to a number of published articles, his complete English translation of the first two Tibetan medical tantras, Quintessence Tantras of Tibetan Medicine, was published by Snow Lion Press, New York in 1997.

Weekend workshops, courses and lectures are very well received at all venues and attended by up to one hundred people at a time. Feedback about the results of private consultations he provides are also very positive.

Dr Barry Clark has a special gift and experience in making the profound aspects of Tibetan medicine accessible to western audiences. He taught extensive courses for Westerners in Tibet and the Indian Himalayas and received twenty years training in Tibetan Buddhist philosophy, meditation and dialectics. Dr Barry Clark is an experienced scholar and translator (oral and textual) of both the Buddhist and medical traditions of Tibet.

Dr Clark's lectures and workshops educate on the healthy and diseased body, symptoms and diagnosis, dietary and behavioural factors, medical treatments, accessory therapies, the use of gemstones, precious metals, minerals, herbs and plants etc. in the Tibetan system, the ethical code of a Tibetan physician, rejuvenation, essence extraction, and a wide range of other topics as required, including a photographic essay on travels in Tibet. He has also led field trips into mountain areas in Europe and North America, to collect and identify Tibetan medicinal plants. Barry Clark speaks conversational French, German, Hindi and several other languages.